Trying to get back in the game...

I don't know if anyone is still following my blog. It has been a couple years since I have posted anything. I have still been crafting I just haven't been sharing. Pinterest has grabbed hold of me and will not let me go! I have just committed to donating a basket of cards to a very good cause. One of the sergeants I work with has been diagnosed with brain cancer. His officers, friends and family are putting together a benefit to raise money for his treatments and his family. There will be a silent auction, a band and just an over all good time. I have 1 month to put this together so I thought I would turn my challenge into a blog assignment. I will be photographing the cards to create a flyer so people can see what the prize contains (rather than having them handle them and possibly damage them). What better way of motivating myself than to go public? I am open to all suggestions for cards to include. I will be keeping the insides blank for personal messages. I plan to have several thank you cards both feminine and masculine, birthdays for kids and adults, a few sympathy cards and some 'just because'...just because they are nice to have on hand. I may just include a few "Law Enforcement/EMS/Fire/Public safety cards as well since that's what my target audience consists of. *This basket is a prize, I am not selling the cards nor am I mass producing them. I will make no profit from this. It is a gift to the cause. With all of that said I will simply post some pictures of some of the cards I have recently made, because lets face it- what is a blog post with out a little something to look at? 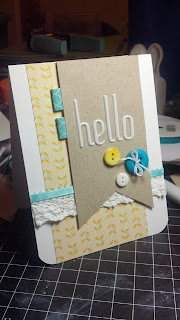 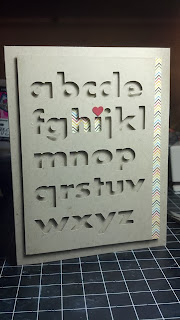 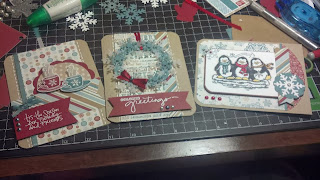 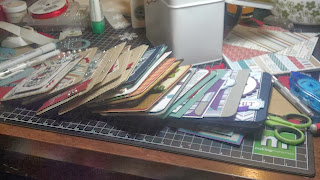 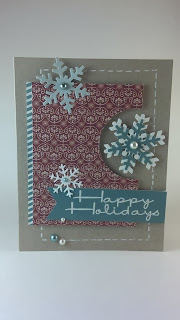 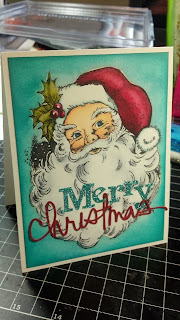 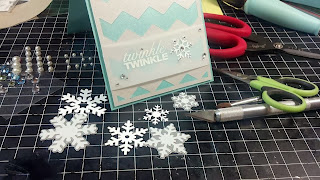 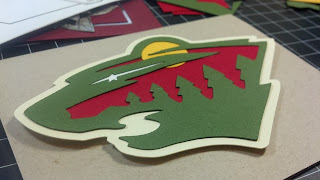 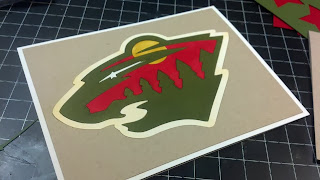 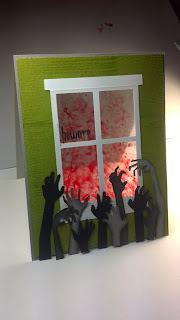 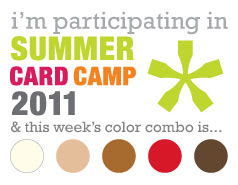 This color combination is actually the same color theme as the main living space of my house. Kitchen, living and dining-coordinate near perfectly. 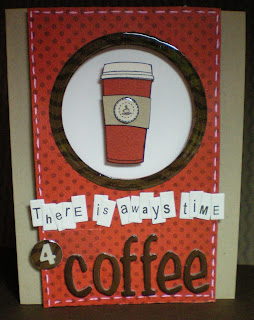 Kristina's Video/Lesson this week featured Typography. She has me completely addicted to alpha stickers...If there are meetings for that somewhere you should really let me know! 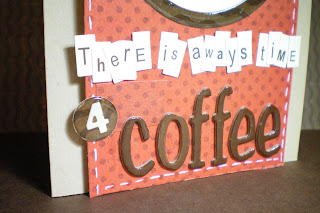 Something was a missing so added Glossy accents to the 4 and the circle border to balance out with the shiney chipboard letters.

Have I mentioned I'm loving this card camp?? I'm trying to get more into scrapbooking this month, I have lots of ideas... I hope to put them in action! Dog sitting Lola (bff's boston terror, I mean terrier. hehe, just kidding she's an angel!) Plan to make a page or 2 of her, want to get a shot of my "hubby" Laughing because he has the best laugh ever! On to the eye candy...
Here's the color combo this week. 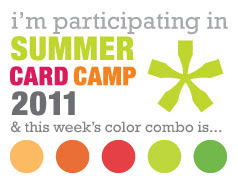 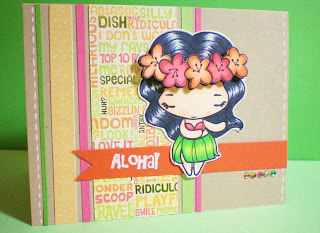 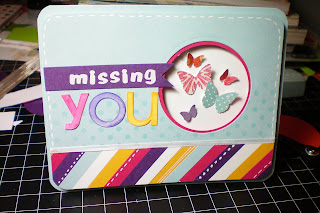 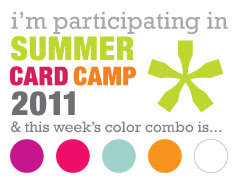 When I began blogging I was trying to reorganize my craft space. Since then I have moved not once, but twice. That alone has it's perks and downfalls.
Perks of packing up and moving your craft room numerous times. Finding things you forgot you had. Getting rid of things you haven't used. Getting up close and personal with all the schtuff you've hoarded for years! Why did I buy that? What was I thinking? OMG! Shiney object!!!!
Downfall. Packing. Moving. Carrying. Hauling...And not being able to craft again until you can find it all.
I was in my apartment 6+ months and never finished setting up the new room. In a house now, new room was set up my 2nd week here. I am loving it!
Here's the "before". Just a boring empty corner in our unfinished basement. 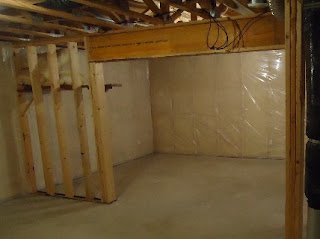 After 2 days of independant hammering, sorting, assembling and being distracted by several shiney or sparkly objects... 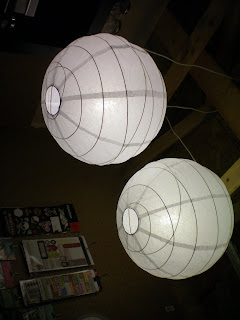 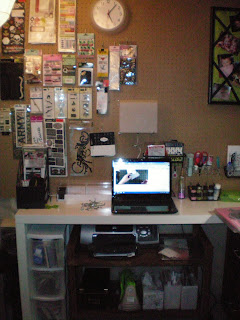 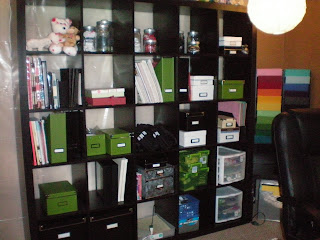 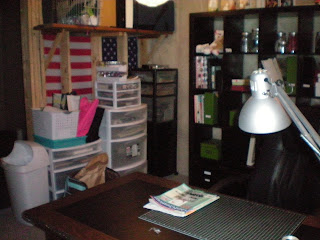 In the last 6 months I have broken up with my boyfriend of 4 years, moved to a new city, got promoted at work, edited my cirlce of friends and family, and as you know, lost my beloved Duster. Lots of changes... I will be the first to admit that I didn't deal with all of them to the best of my ability. I certainly didn't feel up to about it.
It's Spring and I feel it in my soul not just the weather. I am "back to me" again. I have every intention of blogging more. I want to include cooking, decorating, designing and of course my crafting. So stay tuned... It's going to be a bumpy ride.
Now that I've adjusted to the single life and regaining my independance- I am looking forward to the next phase and put this one behind me.
With that said, I am moving again. With this move I am purging everything that is not near and dear to me. I am starting over and I'm so excited. For years I have collected midcentury modern furniture and accessories. It's all going. I wont have room in the new place and I'd like to fill my space with the new me. Don't worry, I'm still going to have a craft "corner". Not the master suite but it will do.
I will be posting the furnishings online. As I go through my craft room and find things to let go of, I will post them here as well as online. Wish me luck on my journey. Oh and I'll post some pics of a few things I've done since posting last. 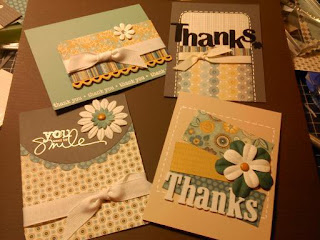 Thank you cards inspried by K Werner. I would post more but my other computer crashed with all my photos. Be back soon...I hope.
Posted by Christy at 11:27 AM No comments:

At 20 years old I was finally beginning to feel settled enough to take on the responsibility of another living being. My father shows, breeds and trains dogs so I put the call in to him for a puppy. "Daddy...?" (said in my best princess gets what she wants tone) "I want a puppy!".

Dad,"Well, I'm gonna need more to go on than that."

Me,"I want a Pomeranian. A small, female, blond, red or tan- show quality puppy. Someday I want her to have puppies."

At the time he was engaged to a Pomeranian breeder so I figured this would be an easy task. I was told that he'd see what he could do. Shortly after that my brother called to say he found a pom in need of rescue. I'm not sure if it was the truth or guilt trip but he told me that his original owner passed away and he went to a not so nice home. He was Male, all black but greying in the muzzle, large for his breed, 7 years old, not even close to show standards and he was fixed. I told my brother no. I wanted to hold out for my perfect dog.
Being the Daddy's girl that I am... when he described the same dog and the situation he was in I caved. He sent me his picture and hesitant but he needed a good home. Heck, at least he got the breed right!

Weeks later I flew home to surprise my family for Christmas and pick up my fur baby. I crept into the kennel entrance waiting for the right moment to surprise my brother when these 2 little hairballs came running and spinning around me. One was my brother's new dog, Contessa. Contessa was only 4 months old, blond, picture of show quality and my brother had the breeding rights. But I didn't care...

Duster knew immediately who I was to him. He just started jumping up and down in front of me and circling my feet. He didn't even care that Contessa has just stolen his favorite toy. Took some effort to catch him because he's not a fan of being picked up, but as soon as I had him in my arms he was all kisses and just very happy to be there. That was 9 years ago this week.

Duster turned 16 in November. His vision and hearing started to evade him last year. now he was running into things and falling down. The recent moved proved too much for my little guy. Hardest thing I've EVER had to do. I didn't want to see him suffer or get hurt worse. His quality of life just wasn't the same. Shane and I took him and and on December 9Th he went quietly in my hands.

If you have never put an animal down let me tell you it wasn't what I thought. The vet was amazing and explained everything. Honestly, I just wasn't' ready for it. It was so quick. She said it wouldn't take long but it was instant. Looking back now I am relieved it wasn't a drawn out process. It truly was peaceful...until the embarrassing display of hysterics that followed on my part.

I am still tearing up as I write this but I am in a much better place. I still forget that I have to pick up the dropped food now because he's not at my feet waiting for it. Occasionally I go looking for him when he doesn't meet me at the door after work. I dream of him frequently and he's young and happy again.
Posted by Christy at 8:53 AM 3 comments:

Christy
I am a feisty red head and I like to find mischief where ever I can, innocent of course. :) I do my best to stay out of trouble. My spare time is spent crafting or hanging with my amazing friends. A single girl just can't ask for me. I love my life!